Even after the PEG process had been completed there was still the question of drying out the timber so that it could be kept outside the water permanently. Now with 540 year old timber, this is not a case of just leaving it outside in the sun, if there is any, the water has to be removed in a very precise and controlled way, enter freeze drying. 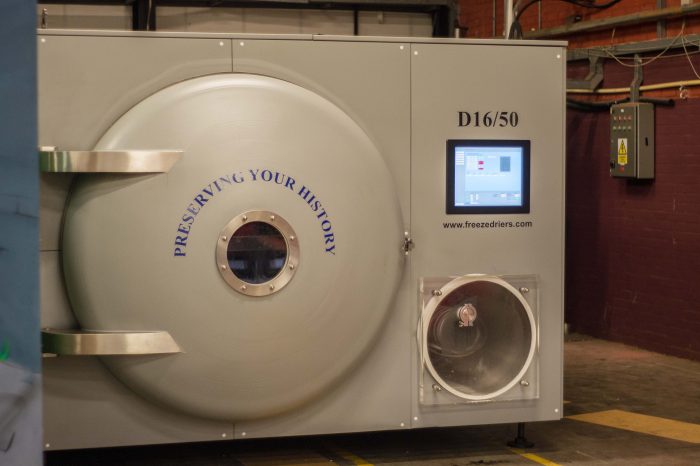 Freeze dryer in operation at the old ship centre

Have you ever noticed if you leave food uncovered in the fridge or freezer it will dry out and become hard? That’s because the water has evaporated from the food and dried it, freeze frying works in a similar way.

Originally invented to dehydrate perishable items and make them easier to transport and it works by bringing the temperature of timber to -50°C, to put this in perspective your freezer is probably around -20°C right now. This causes the water inside the timber to freeze with the pressure reduced to about 0.1 atmospheres over a long period of time the timber inside the inner chamber is warmed in a near vacuum.

As the water melts it does not turn into a liquid, which could damage the timbers, but instead goes straight into a gas by a process called sublimation. By repeating this process several hundred times you can control the rate at which the timber dries and ensure that the correct moisture level is maintained, it is estimated that by following this process the Ship’s timbers will be stable for at least the next 500 years if stored correctly.

Following our move to the new ship centre the freeze dryer above was returned to York Archaeological trust to whom we now ship our timbers to have them processed.

As you will no doubt be aware the Newport Ship is currently in around 3000 pieces, as the timbers are freeze dried and preserved the ship centre is slowly being converted to store them in a series of climate-controlled rooms, where the moisture and temperature can be better controlled to ensure optimum conditions for the ship. 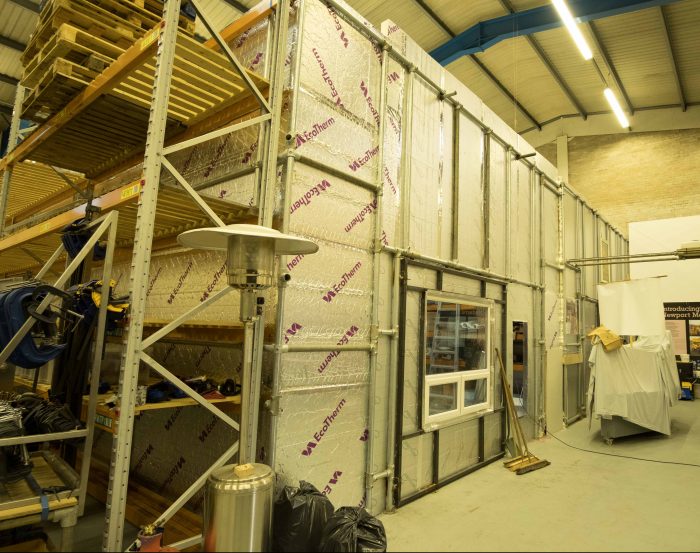